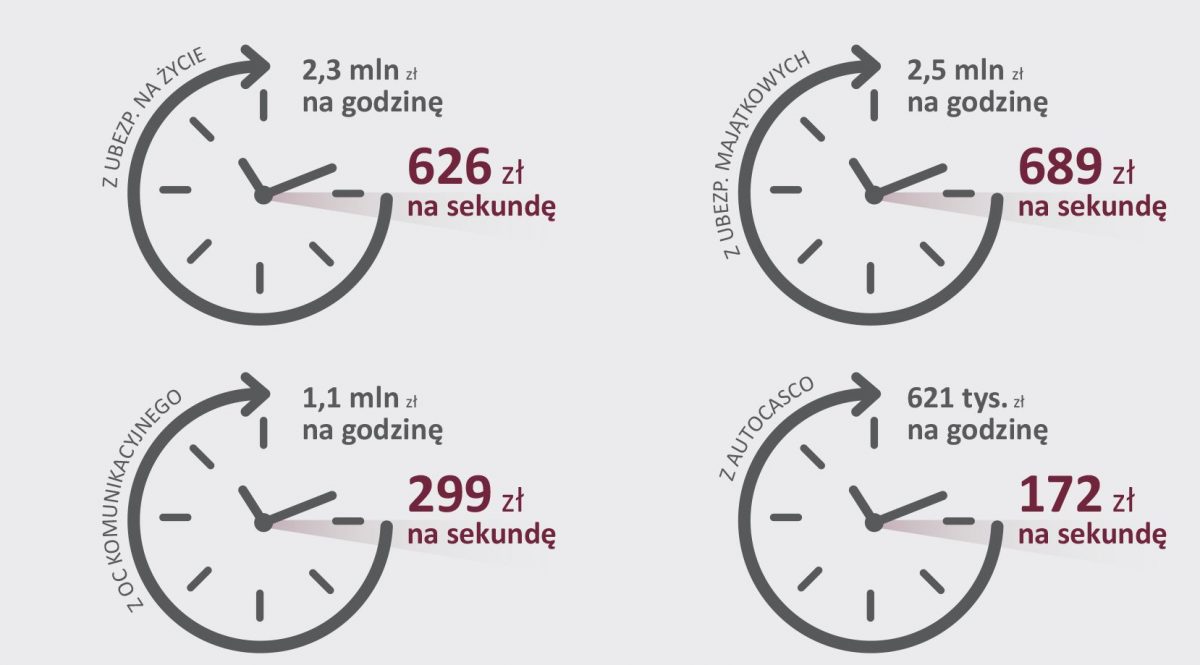 In the first half of 2019, Poles received PLN 20.6 billion in insurance compensation. Each hour means as much as PLN 1 million in payments of compensation under TPO insurance for those injured in traffic accidents.

More compensation for damage cause by natural forces

More compensation for damage cause by natural forces
‘It is worth noting the increase in compensation payments under insurance against natural forces. Within six months, the injured received as much as 20% more than in the previous year. As we have already mentioned in our report “Climate of risk”, , extreme weather events will become more frequent in Poland – says J. Grzegorz Prądzyński,President of the Polish Chamber of Insurance. In the first half of 2019, we spent PLN 1.8 billion on fire and weather insurance for households and companies, 5% more than in the previous year ‘However, like every year, the largest portion of the property insurance market was motor insurance. On TPO insurance for vehicles, we spent PLN 7.6 billion, i.e. 1% less than in the previous year, whereas on accident and theft insurance, we spent PLN 4.4 billion, which means 4.5% more than the year before – says Andrzej Maciążek, Vice-president of the Polish Chamber of Insurance.

Poles spent more than PLN 10.6 billion on life insurance, which is 4.9% less than last year. Insurers paid out PLN 9.8 billion in benefits under life insurance, compared to PLN 10.8 billion the previous year. In Q2 of 2019, Polish insurers produced more than PLN 4.1 billion of net profit, which is 7.1% more than in the previous year. This means PLN 690 million in income tax for the State budget. In addition, insurance companies also paid approx. PLN 360 million of so-called asset tax.