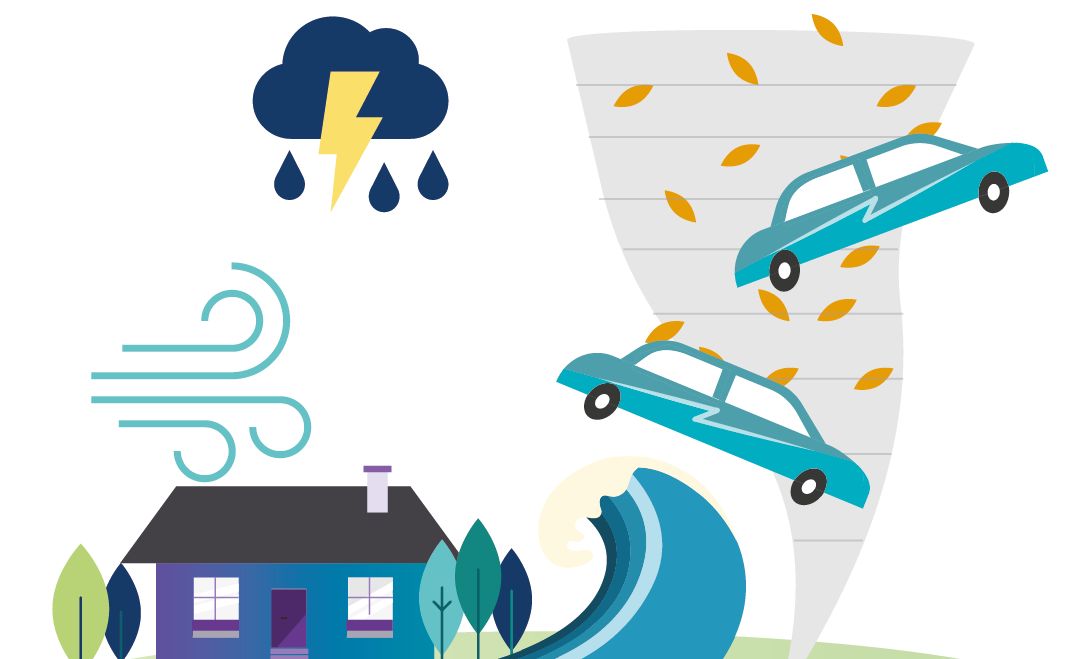 The most recent study conducted by the Polish Chamber of Insurance* shows that almost 80% of residents of areas particularly exposed to natural forces believe that their dwellings are safe. PIU starts the #niezaklinaj (#dontplead) campaign.

As many as 66% of the respondents think that the probability of flooding in their local area in the next 12 months is low or very low. However, the vast majority of the respondents live in the south of Poland, a region particularly vulnerable to flooding. The respondents’ declarations have an impact on their attitude to insurance. More than 30% of those with household insurance declare that they do not purchase policies covering strong winds. A total of 27% have no protection against voltage surges, which can cause damage to household appliances, radio and TV equipment. One in four respondents decides against flood insurance.

No savings for disasters

Help from the family or the state

However, for damage caused by natural forces, most respondents count on assistance from the local government or the state (54% and 50%, respectively). A total of 52% declare that they would seek help from their family or friends, and almost 50% would immediately notify their insurance company. ‘Despite the growing frequency and severity of weather events, we still take natural forces with a pinch of salt. We are under the impression that damage caused by the elements is more likely to happen to everyone else, but not to us. It is our duty to educate people on insurance; this is why we have launched the #niezaklinaj campaign’, says Rafał Mańkowski, PIU expert analyst. As part of the #niezaklinaj campaign, PIU has conducted studies on awareness about weather risks and insurance. New content has been published on social media and on PIU blogs. In addition, PIU has distributed materials with guidelines on proper protection against severe weather across more than 2400 districts.

How can we protect ourselves?

We are unable to avoid natural disasters, but we can mitigate their consequences. Preventive measures, such as spatial planning, or the absence of investment on floodplains, are crucial. Over recent years, the frequency of severe weather events, such as violent storms, heavy rainfall, hailstorms and gales, has increased in Poland. When buying insurance for a house or a flat, we should remember a few simple rules:

*A study commissioned by the PIU, conducted in July 2019 by SW Research with the use of the CAWI+CATI method on a sample of 2,193 respondents. The respondents were from the provinces of Dolnośląskie, Małopolskie and Podkarpackie, and from the districts of Grudziądz, Inowrocław and Wrocław. According to the PIU report ‘Climate of risk’, these regions are particularly exposed to weather events or are places where extreme weather events could result in significant social and economic costs. Due to the different nature of weather risks, the study did not cover the largest cities of the regions in question, i.e. Wrocław, Rzeszów and Kraków.